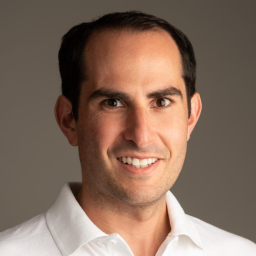 Find Your Peace. Unlock the Secret of the Mind.

A few days ago I went to the supermarket to buy some food for the weekend. When I got there, I went to buy some chicken but found that there was none in the case. I asked the butcher if he could make me a 1.5 pound package and he said of course and that it would be just a few minutes.

I went to get some other items and came back but the chicken wasn’t ready. I waited and waited and noticed about 20 minutes had passed.

I felt myself starting to get impatient. It was a short day and I had a lot of things to do. I was waiting for a while and he said it would just be a few minutes. Finally, he emerged with my chicken but only brought a pound even though I asked for more.

I asked him to get me some more, he said sure and disappeared to the back. Another 5, 10, 15 minutes go by and again, I start to feel myself getting impatient. This guy’s taking a long time, he messed up. I asked him for a pound and a half to begin with and he only brought me a pound. What’s wrong with him? I have a lot to do!

As I’m going down this thinking hole, I realized that I’m starting to feel more annoyed and impatient. My body started feeling tense and I felt my heart going faster. I thought about all the things I had to get done in the next 2 hours and with every minute that went by, I was more irritated.

And then I remembered, the key to getting a calm and quiet mind – get curious. It’s a natural cure for many of our psychological ailments.

I started to wonder. What’s going on in the back? What’s the process to get the chicken from the fridge into my hands? How could I cook it? What are the other people in the store buying? Maybe I could try a new dish…

Once I got immersed in my curiosity my impatience went away. I “forgot” I was in a rush and about all the things I had to do. I felt my heart slowing down and I felt more calm and collected.

I could feel myself getting back to my natural effortless state of feeling good, stable, and at ease.

Now that my mind was more clear, I realized that the situation hadn’t even changed. I was still waiting for the chicken to come out. The guy still brought me out the wrong amount and I still had a lot of things to do during the day and I was still short on time.

The only difference now was the way I felt. How could that be?

I originally thought I was feeling uneasy because I had a lot to do and this guy was taking a long time. To make matters worse, he messed up my order.

But now I realized it had nothing to do with that because here I am feeling good and still waiting and objectively everything was the same.

It’s in our moment to moment thinking.

In that moment, where I let curiosity peek its head through I found the answer. It’s there that I want to learn more. And if I want to learn, I need to be in a state of openness and clear headedness.

If my mind is full, and occupied there’s not really space to put more in. It would be like pouring wine into a cup full of water. It will just overflow and I’ll never taste the wine. But when I empty out the cup, I’ve created space for something new.

When I do that with my mind and let go of whatever I’m holding onto, I allow for a new thought and feeling to come in. Something different, something better, more peaceful and more in line with my natural state.

This isn’t only true of me. It’s true with you, and all of us. We all have the space within we just lose sight of it sometimes. It’s like the sun that’s always there, but when covered with clouds we can’t see it.

When the clouds part and our thinking clears we’re back to bright skies and good feelings.

Dr. Josh Schwarzbaum is a triple board certified physician in emergency medicine, addiction medicine, and emergency medical services. He consults for organizations and coaches individuals helping them find their natural resilience and peace of mind no matter what life brings their way.

Parenting From the Wisdom Within

View More
Parenting From the Wisdom Within

Be a Transformative Leader by Utilizing This Hidden Psychological Principle

View More
How I Cured Burnout and Improved My Relationships

"The Best Kept Secret in Wellbeing"

Please log in again. The login page will open in a new tab. After logging in you can close it and return to this page.